Free of bitterness with a great chewy texture!

Our staple bunashimeji mushrooms undergo daily evolution, and are currently in their 8th generation.
These mushrooms are rich in umami and feature reduced natural bitterness. 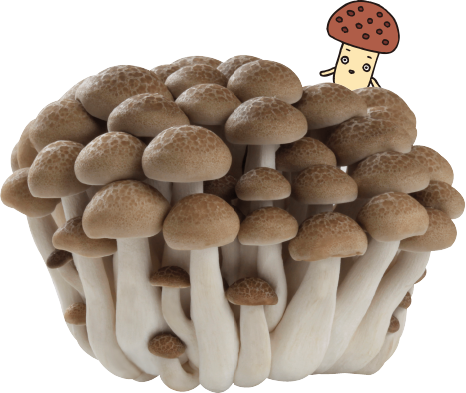 A helpful ingredient for when you’re out of ideas! 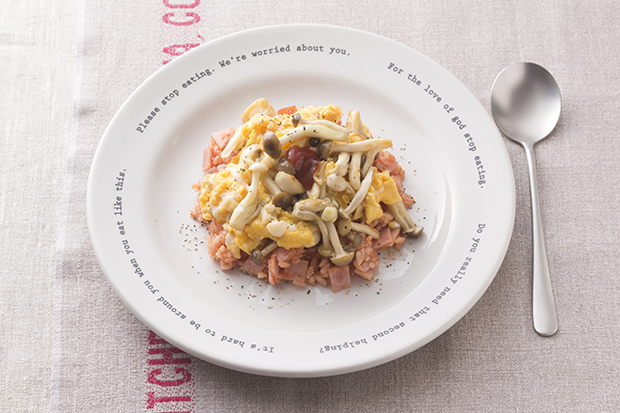 Hokuto’s bunashimeji, featuring a mild flavor and abundant umami, can be used easily in a variety of dishes from takikomi rice to stir-fries and deep-fried foods.
They can also be easily incorporated into salads, making them useful for when you want to prepare one more dish for a meal. 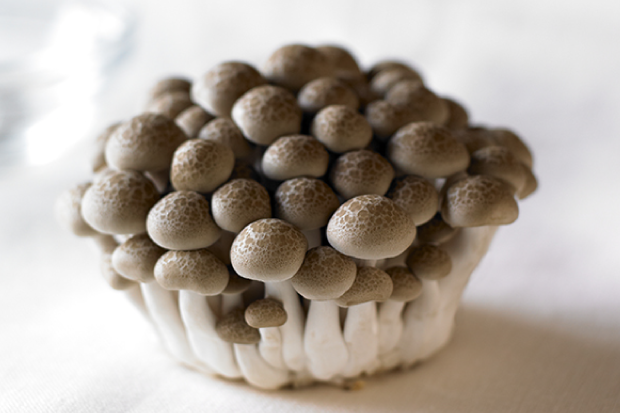 Bunashimeji’s growing period is approximately 90 days.
Each clump is carefully produced in a safely prepared environment.
Harvesting is conducted once the clump diameter reaches 15 cm.
While wild bunashimeji feature a strong bitterness, at Hokuto we produce bunashimeji mostly free of bitterness, made possible through continued research.
Approx. 100 g per clump.

5 to 7 times the amount of ornithine found in clams!
Attracting attention for their health effect

The amount of ornithine found in bunashimeji is 5 to 7 times that of clams. Ornithine is said to be helpful in preventing hangovers, and also for beauty and dieting. Bunashimeji can be easily used in a variety of cuisines, meaning the daily consumption of nutrients can be readily obtained.

Bunashimeji allow you to enjoy a great chewy texture and umami.
From salads and vegetable side dishes to hot pots and deep-fried foods, bunashimeji are well matched to a variety of cuisines.
After cutting off the base, separating the bunashimeji into large chunks for cooking is recommended in order to enjoy the umami and texture.
In recent years, we have also been selling bunashimeji that have had their base removed and are cut into separate pieces for easy cooking.
Net 100 g per pack. Non-tray packaging. 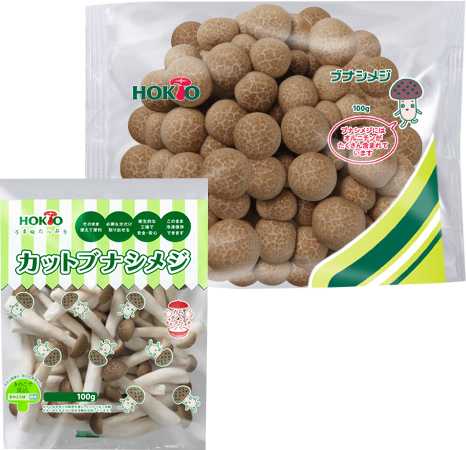 ●In order to enjoy the mushrooms’ texture, do not cut them too finely.
●Bunashimeji contain copious amounts of umami components, so when making soups, starting in cold water and then boiling the mushrooms for an extended period brings out these flavors even more.
●By cutting the base out using an inverted “v” shape, it is possible to retain a larger amount of the edible portion. 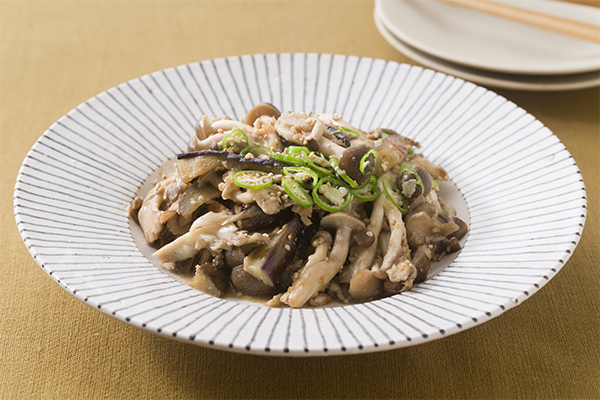