The jelly-like texture is irresistible!

Bunapi feature a novel jelly-like consistency and glide down smoothly when swallowed.
Featuring sweetness and minimal bitterness, which is characteristic of mushrooms, bunapi are popular thanks to their ease of eating, even for children. 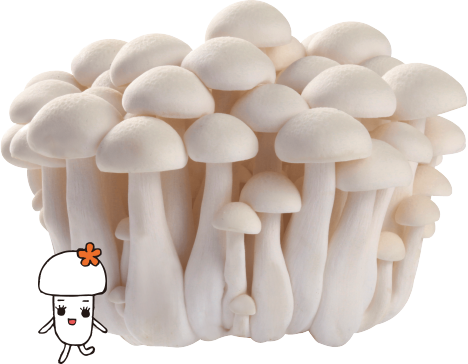 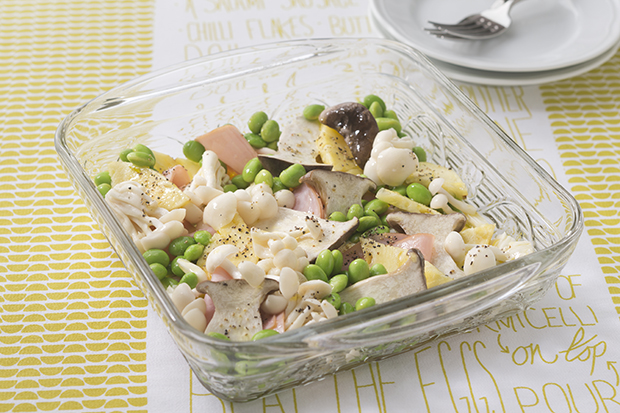 Bunapi is a pure white mushroom breed, obtained through the breeding of fellow bunashimeji that are white in color. In addition to main and side dishes, bunapi’s texture can also be enjoyed when added to sweet foods, due to their mild flavor. 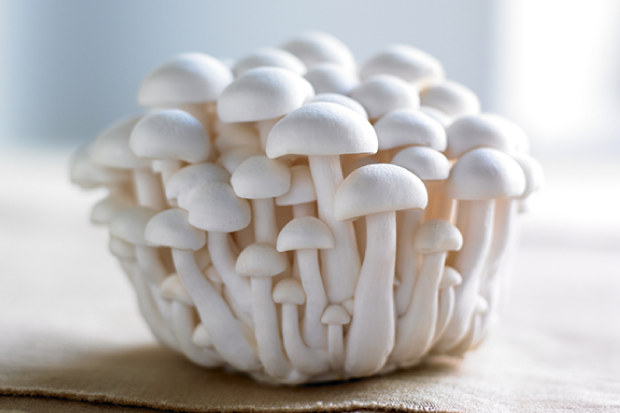 Bunapi’s growing period is approximately 90 days.
Each clump is carefully produced in a safely prepared environment.
Harvesting is conducted once the clump diameter reaches 15 cm.
Through repeated selective breeding, bunapi were created into a mushroom that allows you to enjoy a jelly-like texture in a wide range of foods including chilled noodles, salads, and desserts.
Approx. 100g per clump. 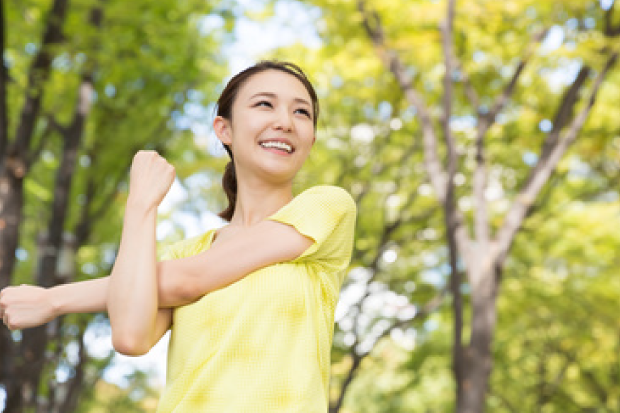 Due to changes in Japanese’s eating habits, lifestyle diseases such as arteriosclerosis are now an issue. Bunapi is effective in lowering blood cholesterol, controlling arteriosclerosis, and components that are effective for elevating immunity have also been confirmed within it. At Hokuto, we are actively engaged in cancer defeating movements, and support Pink Ribbon activities.

Bunapi are an original Hokuto white bunashimeji mushroom, created through the selective breeding of bunashimeji. They allow you to enjoy a mushroom with a jelly-like consistency. From salads and vegetable side dishes, to hotpots and also deserts, bunapi are well suited for use in a variety of dishes. After cutting off the base, breaking the bunapi into large chunks for cooking is recommended in order to enjoy the umami and texture. Also, a tapioca-like consistency can be enjoyed through fine chopping and cooking. Net 100g per pack. Non-tray packaging. 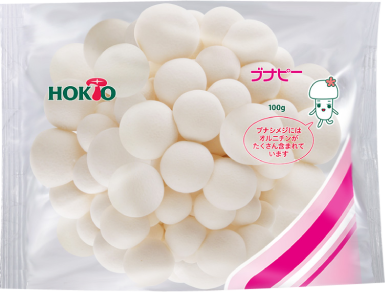 ●In order to enjoy the mushrooms’ texture, break them into large chunks.
●Heating followed by cooling activates the jelly-like texture. Adding the white of bunapi to your meal makes for a more refreshing dish.
●By cutting the base out using an inverted “v” shape, it is possible to retain a larger amount of the edible portion. 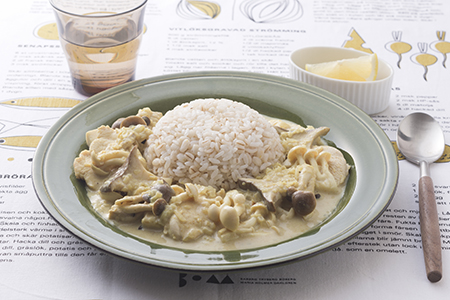